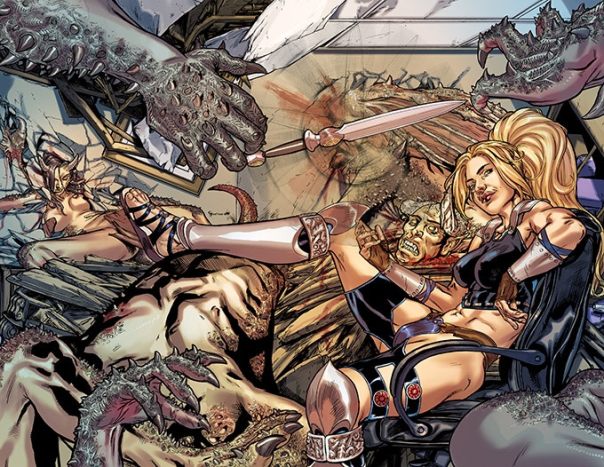 The legendary title THRESHOLD returns featuring not only our classic characters, but brand new ones! This series, ALLURE, features an all-new character, Praxi! She’s the Greek goddess of justice, Praxidike, now inhabiting a new body, and reunited with Pandora for the first time in centuries! With stories set in modern times (joined by Tanya from the Lookers), as well as their earliest epic tales, these Greek Goddesses are fierce! This series features art from Rick Lyon, previously lost by the sands of time, but now finished and joined with new chapters from Christian Zanier! It’s all topped off by the full story also Beautified in the back, for that extra sexy zest! THRESHOLD: ALLURE is a five issue series of 48 page, full-color, comics and is intended for Mature, Adult Readers over the age of 18. It’s brimming with red-hot good-girl art, nudity, vengeance-seeking violence, very ribald language, adult sexual situations and a fully-nude Beautified version of the story. It’s everything you’ve come to expect from Boundless, drawn by the best artists in the industry! Thank you for your support, Boundless could not exist without our loyal fans!